Normally in the winter we get some relief from the dry, desert conditions here in southern California, but this year it seems we missed out.  With the temperatures continuing to be above average take a second to think about all of our beautiful backyard birds that would not only love to have a sip of cool water – but maybe take a bath here and there.

I have always set up bird baths in my gardens.  Not only is this welcomed by the local bird population, it provides me with some entertainment from the regular visitors and from the occasional passerby.

You will find that once you put a birdbath out – word gets around pretty quickly.  And soon you will have all kinds of birds dropping in.

I usually dump the water late afternoon and replace with fresh cool water for those that stop by before dark.  I also put a mister out on extremely hot days and you will find that hummingbirds will especially enjoy this treat – as will the occasional dragonfly.

Over the years I have had quite a few wild bird encounters, there was the screech owl that flew into my car late one night on a mountain road just above Los Angeles.  I stopped went back (because the thud sounded like a small animal not a small bird) and there was the owl laying on his back dazed and confused!  I scooped him up in a towel, kept him wrapped up – and once I got home I placed him in a wire dog crate.  I left him wrapped up as I was sure he was in shock and that lowers their body temperature, so I thought he could just be swaddled for the night.  I left a perch in the cage with some wet canned dog food and water.  The next morning he was sitting on the perch with dog food all over his face!  He (or as I later found out “she”) went off to rehab at the raptor center in Ventura. About 6 weeks later they called me…”your owl is ready for release”.  So I picked up the owl in a cardboard pet carrier, and that night my friend and I drove up the mountain to the scene of the crime and we released the beautiful owl into the night sky.

Driving to shoot a commercial one day – I was following a line of vehicles into the location on a dusty, dirt road out in Thousand Oaks.  On the road in front of me was a bird – spreadeagled – wings out to the side, face down in the dirt. I stopped, jumped out, picked him up and put him in an extra crate I had in my SUV. Amazed no one had run over him, we headed to the base camp for the shoot and went to craft services to find some sugar and water.  I kept him in a cool spot all day and regularly dropped sugar water into his mouth.

He was beyond dazed, in fact I took him home and kept him in a wire dog crate for over a week, hand feeding him through the door.  This one was a woodpecker.  He ate and drank from me for as long as his little brain was addled and prevented him from being scared of me.  Slowly, weeks later he came around and started to become more and more flighty.  By this time I had sectioned off a portion of my garden shed and he had his own birdhouse, complete with bark stapled to the wall.  He lived with me for about 3 months until I felt he was well and truly recovered – then one day I opened the door and let him fly off.

The hummingbird that could not stand 115 degree heat for days on end several summers ago, crashed into my neighbors fence and lay on the floor – he ended up spending a couple of hours in a shoebox, another recipient of sugar water.  As I held him in my hand and held a dropper to his beak, I could literally feel him refueling.  His body came back to life and he was invigorated by the much needed sugar rush. Once it cooled down, right before dusk I hand released him into my back garden – another success story!

I feel like I have pretty good bird karma.

So go get some birdbaths – add a small water pump to make it even more enticing and enjoy the benefits of the sound of a fountain – hang up some hummingbird feeders and maybe, in the late afternoon on really hot days, hang a mister from your porch or under a tree – and watch the birds flock to your sanctuary! 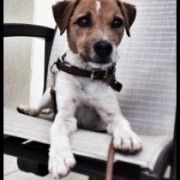 Always, and I mean always, stay at The Ritz Carlton

Tips for Adding Artistic Elements to Your Garden
Scroll to top