You are here: Home1 / Blog2 / Grow3 / Queen of the (Hot Summer) Night: Adding Aromatherapy to Your Garden with... 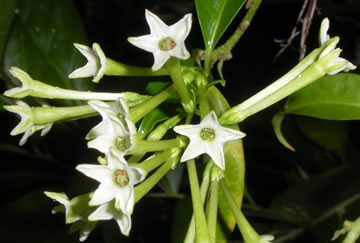 As we say goodbye to a July filled with grey California mornings (challenging Angelenos to re-rhyme June Gloom to July ____ ?), we embrace the August heat that is due to descend upon Los Angeles.  The long hot days make the city livable out-of-doors right around 9pm, exactly the right time to drink in night blooming jasmine.

A fellow transplant to Los Angeles once told me that a friend had worried about moving to L.A. from the east coast, having heard horror stories of a cement-laden city marred by traffic-clogged byways, air filled with smog that smelled of exhaust.  She soon realized instead that, “L.A. smells like flowers!” Why wouldn’t you want to live in a place where hot summer nights are scented in jasmine?

Night blooming jasmine is Latin-ly known as Cestrum nocturnum, or by its common name, Raatraani, which translates from Hindi as “queen of the night.” A fact which, naturally, flashed me back to 1992 and Whitney Houston’s performance in The Bodyguard, and subsequently, me at 16 losing my emotional stability, SOBBING in the mall theater’s parking lot in my dad’s car, trying to get over the doomed love affair between Whitney and Kevin.

I clearly had questionable taste as a teen, but thankfully I’ve moved on, drinking in better movies and the real queen of the night, night-blooming jasmine, also known in Manipuri, a language spoken in parts of India, as “moon flower.” Now, walking on a warm night, a waft of sweet-scented jasmine makes me feel at home, and happy to have planted myself in a place that smells like flowers.

The queen of the night is an evergreen shrub that is rather unassuming for its name, its plain, glossy, green leaves balancing how it flaunts its perfumed flowers that only open at night. If you want to add the shrub to your garden or yard, it thrives in containers as well as in the ground, with sandy, well drained soil. Starting from seed could takes months of prep, so it’s best to buy a rooted stem cutting from your local nursery.  Choose a spot with at least six hours of sunlight, but avoid placing your queen in excessive direct sun.  Check out DesignGreenIndia’s blog post for more info on fertilizer and pruning.  Originally from the West Indies and South America, Cestrum nocturnum grows best in hardiness zones 8 – 11.

SFGate notes that night-blooming jasmine also attracts moths and butterflies, so if you want to bring even more butterflies to your yard, to check out my previous post, Butterfly Ambassadors, and read up on how growing a bio-diverse garden can change the world.

What are your summer stories that are scented with night blooming jasmine?  Tell us in the comments or on Twitter @RebeccaSnavely & @TheCityFarm! 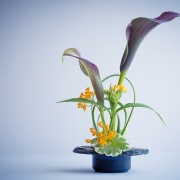 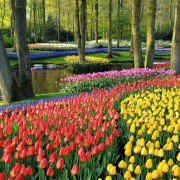 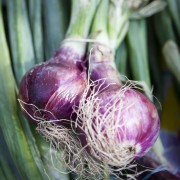 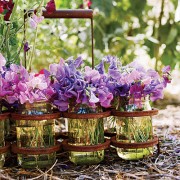 Lessons from Little Women: The History of the Squash